A trademark which has not been put to Genuine use by its owner or an authorised third party within five years after its registration is liable to revocation unless there are proper reasons for its non-use.

On 22 October 2020, the Court of Justice of the European Union (“CJEU”) clarified the contours of the notion Genuine use of a trademark, and in particular when the trademark is used only for some of the goods protected by such trademark. The CJEU also clarified the question of the burden of proof of Genuine use in revocation proceedings. A long-expected and welcome decision (available here) for all practitioners and trademark owners.

Ferrari had registered the “Testarossa” trademark as both an international and a national (German) trademark in 1987 and 1990 respectively. The registrations notably cover vehicles, motor cars and parts thereof. Ferrari sold a luxury sports car model under the “Testarossa” trademarks between 1984 and 1991 and sold the follow-up models until 1996. During the period relevant to the assessment of Genuine use of the “Testarossa” trademarks, these were used only to identify replacement and accessory parts of luxury sports cars previously sold under those trademarks.
In the first instance proceedings, the Regional Court of Düsseldorf (Germany) cancelled the trademarks on the grounds of revocation, as it considered that Ferrari had not made Genuine use thereof. Ferrari launched an appeal before the Higher Regional Court of Düsseldorf which referred several questions to the CJEU for a preliminary ruling on the interpretation of Article 12(1) of Directive 2008/95/EC of 22 October 2008 to approximate the laws of the Member States relating to trademarks (this directive is no longer in force; it was repealed and replaced by Directive (EU) 2015/2436 (see Article 16). 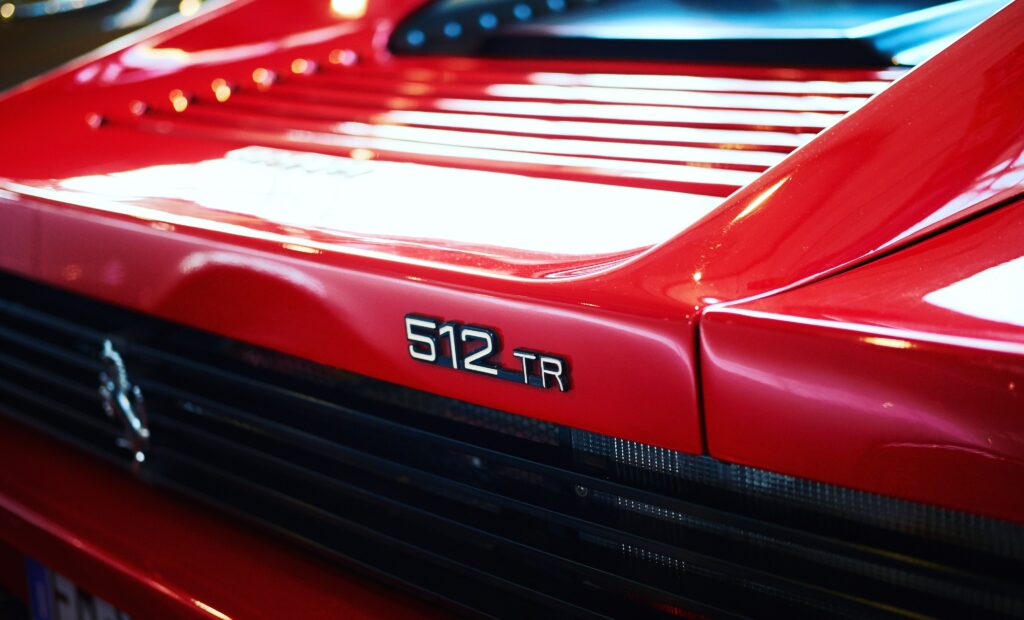 Highlights of the ruling

1. To use the trademark for some of the goods can suffice

The fact, for goods or services, to belong to a “particular market segment” such as, in the case at hand, “sports cars” or “luxury cars”, within the broader category of “cars”, is not relevant to establish if they constitute an independent subcategory.

2. Use of the trademark for related services and for second-hand goods is relevant

The use of the trademark for services (maintenance, repair) in relation to those goods is relevant to assess the existence of Genuine use.

When the trademark is used in accordance with its essential function, which is to guarantee the identity of the origin of the goods for which it was registered, there is Genuine use, even if this use relates to second-hand goods. The principle of exhaustion of trademark rights does not alter this consideration.

3. The trademark owner has the burden of proof in revocation proceedings before national courts.

The trademark owner has to prove Genuine use of its trademark.

The owner of the trademark at issue is best placed to give evidence that its mark has been put to Genuine use. National rules stating otherwise shall be set aside as they could harm the fundamental EU law objective of “the same protection under the legal systems of all the Member States”. In so doing, the Court unifies the principle of the burden of proof on an EU level.

Lessons for the Benelux trademark owners

The Court’s lessons are valuable for Benelux trademark owners, particularly with regard to the burden of proof.

Revocation proceedings against a Benelux trademark can be brought either before the Benelux Office for Intellectual Property, through administrative proceedings, or before the national courts, through judicial proceedings.

Before the Office, it is up to the owner of the trademark threatened by revocation to prove that his trademark has been put to Genuine use. Therefore, the burden of proof falls directly on the defendant.

Before the national courts and, in particular, before the Belgian courts, the burden of proof falls on the claimant (the same applies in Germany): the party invoking the revocation of a trademark for non-use has to prove such non-use. However, as providing evidence of a negative fact is particularly difficult, the judge often reverses the burden of proof and transfers it to the trademark proprietor or, at least, obliges the defendant to loyally participate in the administration of evidence.

After the “Testarossa judgment”, there will no longer be any question of applying the principles of civil procedure before the national courts, but only the teaching of the CJEU. The owner of the trademark threatened with revocation will have to provide all evidence of Genuine use. Therefore, in its daily business management, the trademark owner should pay particular attention to preserve all relevant documents and archives in case such a claim would arise.

For any question or assistance, please contact the authors: