Simont Braun recognised again for its patent expertise by iAM 1000 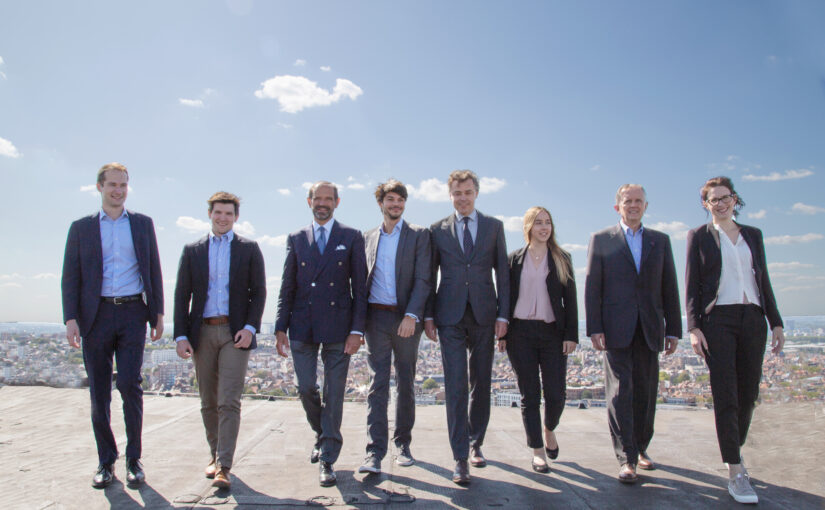 Our IP team has again been highly recognised in Silver Band for its expertise in patents by iAM Patent. The department is ranked in Silver with the following mention:

“Complex global patent litigation is meat and drink to the lawyers at Simont Braun, who conjure up ingenious solutions to contentious challenges in the life sciences, medical device, electronics sectors. Fernand de Visscher recently played a hand in a high-profile matter for weapons manufacturer FN Herstal, ensuring that his client could keep its key product on the international market. He also teamed up with colleague Eric De Gryse to represent OGI Systems, a diamond and gemstone manufacturer, in parallel infringement proceedings which are also ongoing in Israel and India. They both possess significant trial strength and an intuitive feel for the intricacies of each brief, giving every angle the attention it deserves to cover all bases and construct bulletproof arguments.”

Fernand de Visscher and Eric De Gryse are also individually ranked in Silver for their experience and capabilities.

Thank you to our clients and peers for your trust! 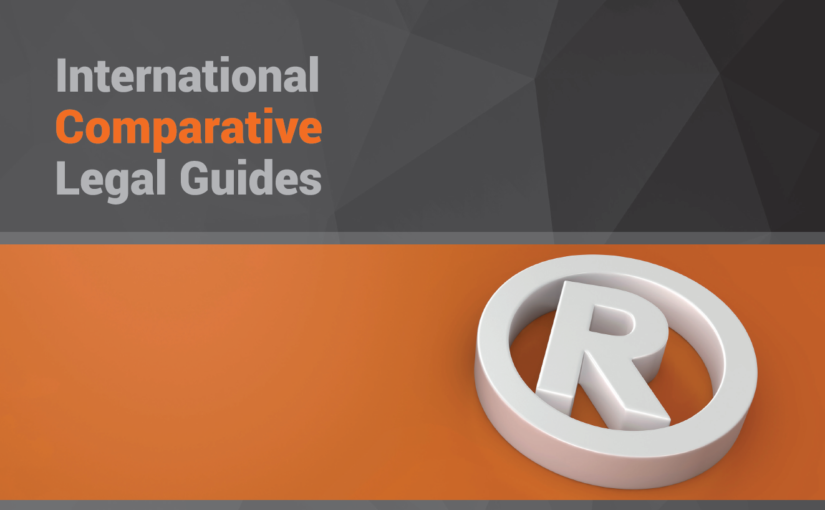 Emmanuel Cornu, Eric De Gryse, Julie Kever and Romain Meys authored the Belgian chapter on Trademarks in the International Comparative Legal Guides 2020, providing a high-level and easy-to-read overview of the key issues and legal principles applicable to this field.

The Belgian chapter is available here.

For any question in this area, do not hesitate to contact the authors. 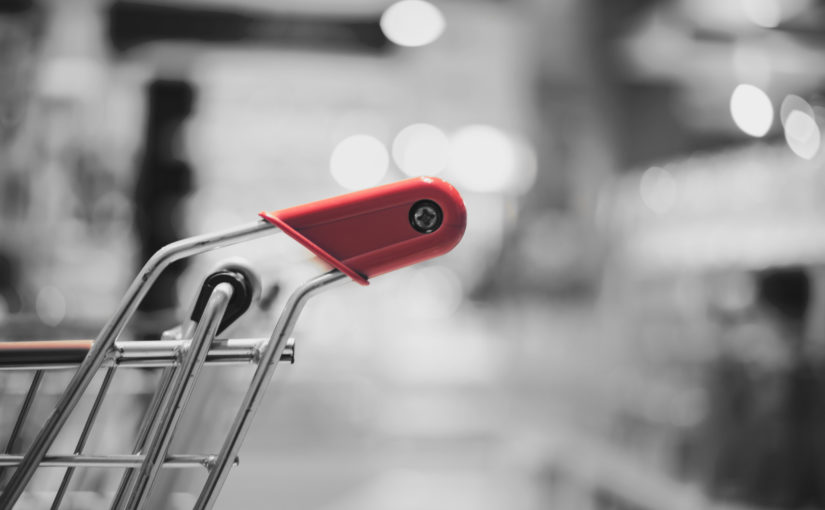 Simont Braun has advised Rewe, the second largest German supermarket chain, on the Belgian legal aspects of the purchase of Lekkerland/Conway, a major wholesaler specialised in consumption on the go, supplying gas stations, kiosks, convenience stores, etc. The transaction was signed on 28 May 2019 and the parties are now waiting for clearance by the competition authorities.

As both Rewe Group and Lekkerland are active in several European countries, their merger implied substantial cross-border aspects and the active cooperation of several top tier law firms, principally in Germany (lead), Belgium, Switzerland, the Netherlands and Spain.

“Our team is delighted to have contributed to such a landmark European cross-border transaction, in close cooperation with Taylor Wessing Germany (lead firm). Our demonstrated capabilities to act in the framework of international transactions make us a go-to law firm for such matters on the Belgian market. Our integrated multidisciplinary structure and strong linguistic skills were clearly a plus,” highlights Axel Maeterlinck, partner in Simont Braun’s Corporate M&A department.

The Rewe Group generated a turnover over € 61 billion last year, courtesy of its 360,000 employees in 22 European countries. With the merger with Lekkerland, a new European powerhouse is born in the convenience segment. Lekkerland has about 4,900 employees in Europe and generated a turnover of € 12.4 billion euro last financial year. In Belgium, the group operates under the name Conway and its 400 people generate a turnover of € 1.5 billion (source: www.retaildetail.be).

On 1 June 2018, the amendments[1] to the Benelux Convention on Intellectual Property (BCIP), adopted in 2014, entered into force. From 1 June on, new powers are attributed to both the Benelux Court of Justice (BCJ) (1) and the Benelux Office of Intellectual Property (BOIP) (2). Furthermore, a new opposition ground – currently already available to opponents of EU trademarks – is available (3). The implementation of the second EU harmonisation directive is on track but still not in force.

Until now, appeals against decisions of the BOIP (refusal or opposition decisions) had to be filed before the Courts of Appeal of Brussels, The Hague or Luxemburg, depending essentially on the residence of the trademark applicant.

According to the new article 1.15bis BCIP, the BCJ becomes the unique and central jurisdiction for all appeals against decisions of the BOIP in the framework of its attributions under titles II, III and IV BCIP (trademarks, designs, amendments of registrations and i-depot procedure).

The new competence of the second chamber of the BCJ replaces the current competence of the national courts of appeal as regards these decisions. Further to the intended harmonisation of case law, the centralisation of all appeals before the same court aims at enhancing procedural efficiency.

The appeal period is two months, irrespective of the type of BOIP decision against which the appeal is launched. Whereas the procedure in first instance before the BOIP can be conducted in French, Dutch or English, the appeal is introduced either in French or Dutch. Attention must be drawn to the fact that the choice of language in the appeal proceeding depends, according to article 1.6 of the rules of procedure of the BCJ, not on the language of the procedure in first instance, but on the sole choice of the appellant. Consequently, even if the proceedings before the BOIP have been conducted in Dutch, the appellant will be allowed to launch the appeal in French, and conversely. It is furthermore of interest to note that the rules of procedure do not foresee the possibility to bring incidental appeals before the BCJ’s second Chamber.

The appeal against the second Chamber’s decisions will be brought before the First Chamber for legal review only (analogous to the Dutch Supreme Court “Hoge Raad” and the “Court of cassation” in Belgium and Luxembourg). The First Chamber also retains competence of preliminary rulings concerning questions asked by national courts about the BCIP. Both First and Second Chambers should be entitled to submit preliminary questions to the Court of Justice of the European Union.

Filing invalidity and revocation applications to the BOIP

Until now, invalidity and revocation proceedings had to be filed before Belgian, Dutch or Luxemburg national courts. From 1 June on, the BOIP and the national courts have concurrent jurisdiction.

It is now possible, through an administrative procedure, to obtain the invalidation of a trademark on absolute (a.o. against signs which cannot constitute trademarks, lack distinctiveness, etc.) or relative grounds (a.o. against identical or similar prior trademarks), or to claim its revocation in the absence of genuine use. With these new administrative remedies available under chapter 6bis, the BCIP is now in line with the EU trademarks regulation, which already provides for an administrative procedure before the EUIPO. It will be up to the claimant to launch either a procedure before a national court (ruled by articles 2.27 and 2.28 BCIP) or an administrative procedure before the BOIP (new chapter 6bis, new articles 2.30bis until 2.30quater). Such choice will depend on strategic considerations. In this respect, it is noteworthy that the administrative proceedings are suspended when the trademark on which the invalidity or revocation action is based (article 2.30ter, sub 2.a.iii BCIP) or the trademark against which said action is directed (article 2.30ter, sub 2.b.iii BCIP), is subject to a judicial nullity or revocation procedure. Furthermore, a counterclaim for infringement will not be possible before the BOIP, but only before national courts.

As reported sub (1), as from 1 June 2018, appeals against final decisions of the BOIP in these matters will have to be filed before the second chamber of the BCJ.

Under the previous law, the opponent could only act against an identical or confusingly similar trademark registered for identical or similar goods or services (previous article 2.14, al. 1 BCIP). Today, the BOIP is regarded as having the necessary resources to handle a broader range of opposition grounds. Hence, an additional ground for opposition is made available: the opponent, owner of a well-known trademark, can invoke such trademark to oppose a later trademark even if different goods or services are concerned, subject to the respect of the other applicable conditions. Article 2.14 BCIP was modified accordingly.

All amendments outlined above entered into force on 1 June 2018 for procedures initiated as from that date. This means, in particular, that the previous article 2.14, al. 1 BCIP (limited grounds for opposition) remains applicable to all opposition proceedings launched before 1 June 2018.