Over the last couple of years, video game players around the world have had several occasions to complain about video game companies due to “broken promises”. The video game industry remembers the recent disaster of Cyberpunk 2077’s launch, one of the most expected games of end 2020. At its release, the games’ console version suffered from serious bugs, stability issues and bad graphics while advertised with beautiful realistic in-game illustrations. It quickly ended up with the developers apologising on social media, willingly paying back players, and PlayStation removing the game from its store to “ensure a high level of customer satisfaction”. 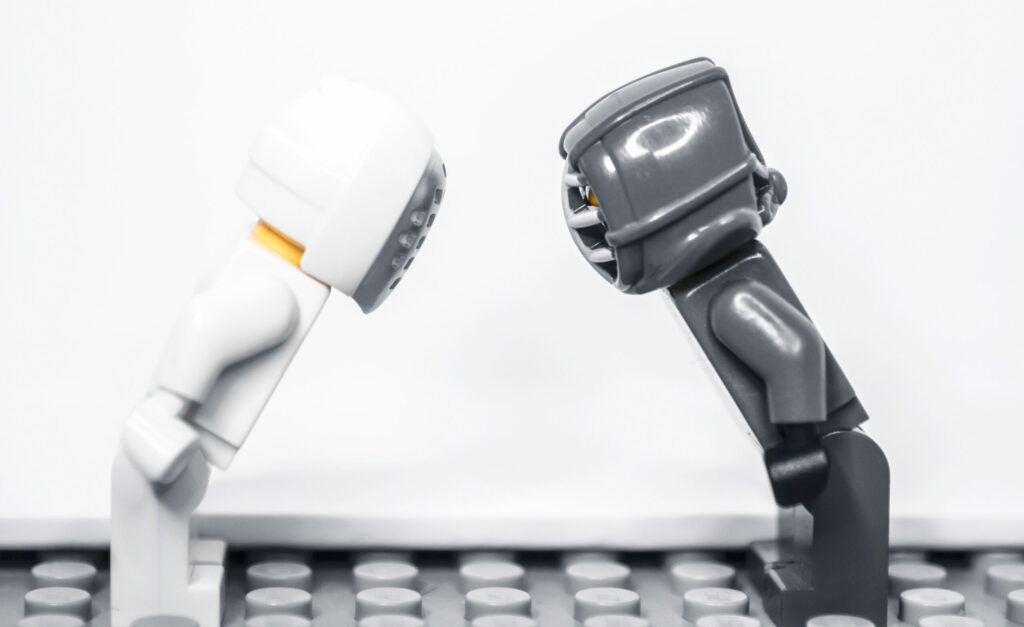 Should similar events happen in the future, European players will be better equipped to seek compensation from gaming companies.

On 20 May 2019, the EU adopted the so-called Digital Content Directive, which introduces new rules to protect consumers against unfair practices regarding the supply of digital content or services. It foresees implementing new requirements regarding the conformity of digital contents and services with the contract paired with compensation rights for consumers in case of non-conformity.

These new rules will have a significant impact on the video game industry. Let’s see how.

All EU gamers will benefit from the digital content directive even though suppliers are based in the US or Asia, as are most of the biggest gaming companies at the moment.

The new rules will apply to supply contracts of digital contents or services in a B2C context provided in exchange of a price or personal data.

Together, these three conditions will allow the digital content directive to apply to the vast majority of video game contents and services.

Digital contents are data produced and supplied in a digital form. This notion is so broadly defined that it covers anything digital, such as software, e-books, music and, of course, video games. The directive also specifies that it shall apply to any tangible medium which serves exclusively as a carrier of digital content. Hence, both physical and dematerialised (downloaded/streamed) video games will be concerned.

… for a price or personal data.

In order to catch most of the existing and future business models, the directive foresees not only to apply to “traditional sale contracts” (pay-to-play games) but also to contracts where the consumers “pay” by granting access to their personal data as long as those are processed for other purposes than improving security, compatibility and interoperability of the game (free-to-play with a data-driven business model).

Video games often need to be installed on the user’s device before playing. The directive requires suppliers to provide reasonably understandable instructions to set up the game and play. However, expectations can vary, especially in tech-related areas. For example, one might still expect instruction on physical support when buying physical games, while most instructions are now provided online. Figuring out the level of availability and detail of such instructions will be subject to appreciation.

Clear and good communication is key

For the gaming industry, one of the most important novelties brought by the digital content directive is a quality requirement: suppliers must provide games with the announced characteristics. These characteristics include functionality, compatibility, accessibility, continuity and security. They will be assessed taking into account the public statements and advertising made about the game.

As a result, gaming companies will have to be specific and transparent when advertising their games’ features and ensure every announced aspect is available at the game’s launch and not in subsequent updates. In this respect, we can think about the graphics, the presence of an unreasonable amount of bugs, the smoothness of a game, and features such as multiplayer or multiple game modes.

What’s better than letting your players try the game before they buy it? Pre-releases during events or limited periods, early accesses and demo versions of games have always been popular in the gaming industry.

The digital content directive explicitly requires that the released game complies with any trial version or preview made available to the consumer. Certain demo versions are available only shortly before the final release, but some game companies also offer anticipated access to games at the very beginning of the project development. In such a case, the final game can sometimes be (very) different from the “open betas”. In any event, the game company should communicate clearly on the stage of the project and the potential future adjustments to avoid releasing a non-compliant final version and thereby misleading consumers.

The digital content directive also introduces rules regarding the modifications of digital contents and services. This new obligation will be of prime interest to the gaming industry due to the frequent updates and changes in video games.

The digital content directive limits the possibility of modifying a game beyond what is necessary to comply with the contract (e.g. necessary security updates). These extra modifications are only allowed under the following cumulative conditions:

1. the contract allows and provides for a valid reason for such a modification;

2. the modification does not imply additional costs for the consumer;

3. the consumer is informed in a clear and understandable manner of the modification; and

Consequently, gaming companies will have to adapt their contractual terms and conditions to ensure that modifications are permitted and justified. Otherwise, certain changes will remain prohibited while others will be in a grey area. In particular, changes in a game’s business model will be delicate. For example, a switch from a free-to-play to a subscription model could be considered as implying a cost for consumers. In any case, consumers negatively impacted by a modification will now have a right to terminate the contract.

What is meant by “minor” negative impact will also be a point of attention for most gaming companies. One could argue, for example, that consumers are negatively impacted if an item or character they paid for becomes less powerful after an update.

In any case, as changes made to popular games are sometimes not well received within the community, this is a positive aspect for consumers.

Suppose a game does not meet the contractual conformity requirements imposed by the directive. In that case, consumers can ask for the game to comply with the contract within a reasonable time unless doing so would be impossible or impose disproportionate costs on the supplier or the gaming company. In such cases, consumers can claim a proportionate reduction of the price or get a video game refund. Regarding subscription-based games or any other scenario where payments are made over a certain period for the supply of the game, consumers can solely obtain a refund for the payments made when the game was not in conformity with the contract.

Consumers can bring their claims directly to the supplier, i.e. generally the digital platform on which they downloaded the game or their local video game reseller, via the communication means they use to communicate with it. If the reason for the non-conformity lies higher in the distribution chain (i.e. most of the time the gaming companies), suppliers can turn against them. As a result, we expect big distribution platforms to adapt their contractual conditions to ensure they will not bear the final liability.

The clock is ticking

These new rules should apply throughout the EU from January 2022. To this date, 18 Member States have transposed the digital content directive into their national legislation, Belgium is not one of them, but key markets such as Germany and France are.

Gaming companies should urgently implement this new set of rules in their marketing strategy, legal documentation, and especially their communication process.

As soon as Belgium has implemented a domestic set of rules and concrete procedures, we will keep you posted.

For any questions or assistance? Please reach out to our Gaming & Entertainment team: gaming@simontbraun.eu

You can also visit our Gaming & Entertainment page.