The thin line between esports and gambling

Video games have been on the rise for a few years now. In particular, esports have been growing rapidly. The industry is now expected to reach 1.1 billion dollars of global revenue in 2020, with esports events gathering an audience of almost half a billion people (Newzoo, 2020 Global Esports Market Report). 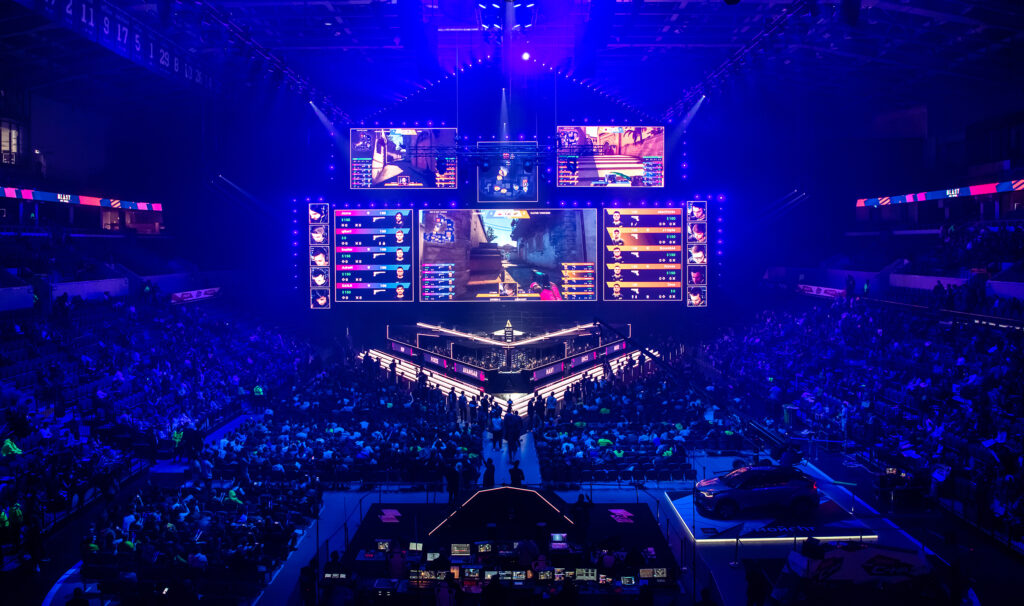 Initiatives for a regulatory framework

With this rising popularity, concerns are growing as to the regulatory framework of the industry.  One of the most frequently discussed issues relates to in-game gambling features.

Initiatives in this respect emerge around the globe, notably in China where the government has strengthened its regulation related to in-game gambling. The newly introduced rules have led to the delisting of tens of thousands of mobile games from the App Store in China. Closer to home in 2018, the Belgian Gambling Commission has qualified as games of chance the so-called “loot boxes”, which are virtual objects containing one or more randomly generated in-game items, ranging from aesthetic character customisation to new functionalities. This led to certain video games being withdrawn from the Belgian market.

Following this trend and given its rising popularity amongst younger audiences, esports are now also moving into the spotlight when it comes to gambling restrictions. “Esport” can be defined as “the activity of playing computer games against other people on the internet, often for money, and often watched by other people using the internet, sometimes at special organised events”(Cambridge dictionary definition). Esports tournaments offer players the possibility to compete and win prize money, ranging from small amount tournaments to million-dollar events.

As soon as a competition includes monetary prizes, one could wonder to what extent esports players are considered to be participating in organised gambling activities by competing against each other in a rewarded competition.

In Belgium, gambling activities are regulated under the Act of 7 May 1999 on games of chance, betting, gaming establishments and protection of players (Gambling Act). The Gambling Act defines “games of chance” as: “Any game by which a stake of any kind is committed, the consequence of which is either loss of the stake by at least one of the players or a gain of any kind in favour of at least one of the players, or organisers of the game and in which chance is a factor, albeit ancillary, for the conduct of the game, determination of the winner or fixing of the gain”.

An esports competition is by definition a competition in a video game. Therefore, it would without doubts qualify as a game.

Players must pay entry fees to compete in many esports tournaments. These fees qualify as a stake under the Gambling Act. Also, membership fees paid to access rewarded competitions could qualify as a stake, even in the absence of individual fees per competition the player participates in. Hence, only free tournaments that involve no entry fees of any kind, would not qualify as “games of chance” as they involve no stake.

As long as players have a chance to win a prize, the mere loss of the stake is sufficient for this condition to be fulfilled. Also, to the extent an esports competition includes a monetary prize (including under the form of recovering the entry fee), such prize shall be considered as a gain. The qualification is less evident when the gain takes the form of in-game currency or even in-game items. Nevertheless, it comes out of the report of the Belgian Gambling Commission on the qualification of loot boxes that “a win of any type” must be interpreted broadly. The Gambling Commission has confirmed in its report that even in-game purely aesthetic items are gains in the meaning of the Gambling Act as long as players attach some kind of value to it. On the contrary, rewards that have no monetary value attached to them, such as a player’s rating, are not gain within the meaning of the gambling act.

Chance must play a role, be it ancillary, for the conduct of the game, the determination of the winner or for fixing the gain. When it comes to esports competitions, chance is likely to be one of the factors determining the outcome of the competition. Although esports are often presented and perceived as games of skill, it would be hard to argue that chance is completely absent. An exact answer requires a case-by-case analysis of each game at stake. However, when we look at the most popular esports games, each of them includes a chance factor at some point (e.g., the content of the chests in Fortnite are randomly generated, characters in League of Legend or Dota can gain Critical strike chance percentage, Hearthstone’s cards are randomly drawn from the player decks, etc.).

In this context, it is important to note that chance does not need to play a preponderant role, it can just have an ancillary character as well. Physical sports competition that includes an element of chance and that involve a stake and a possibility of a loss of the stake or of a gain would qualify as a game of chance if the Gaming Act did not explicitly exclude them (see further below).

Sports as an exemption: what about esports?

There is an explicit statutory exemption for some activities which, under the application of the criteria set out above, would qualify as games of chance and, therefore, fall within the scope of the Gambling Act.

The practice of a sport is one of such exemptions (when sports activities involve a loss of stake or a gain of any kind whereby chance is a factor). In Belgium, sports are regulated at the community level and so certain nuances exist between the Belgian communities. However, it is generally understood that sport implies a physical activity practised individually or collectively for leisure or competition purposes, framed by a certain number of rules. It is not certain whether esports could qualify as physical activity. Anyway, no type of esports has yet been recognised amongst the official sports federations in Belgium. Consequently, the qualification of esports competitions in Belgium as forbidden games of chance remains possible notwithstanding the sports exemption.

The qualification of esports as games of chance could have a potential negative impact on the industry. More recognition, but also a clear regulatory framework for esports are needed to allow the sector to grow in Belgium as in other places around the world. Certain regulators have already taken the lead in the European Union.  One of the best examples is France, which adopted two decrees in 2017 on the status of esports players and on the organisation of esports competitions. A European harmonisation is unfortunately not in sight at this moment.

The regulation of the gaming industry in general is an important point of discussion that remains somehow unclear without a real leitmotif. In particular, the interaction between this sector and the gambling regulation needs to be clarified by the regulators. Actors of the gaming industry should have clear guidance on what they are allowed to do and how gambling legislation interacts with activities or business models developed in the industry.