The Grand Chamber of the European Court of Justice (“ECJ”) decided that a judgement entered by a court of a Member State in the terms of an arbitral award can in principle be the basis for a refusal to recognize a later irreconcilable judgment of another Member State. However, this rule does not apply when the recognition judgment results in an outcome that a Member State court could not have reached directly without infringing the provisions and the fundamental objectives of the Brussels I Regulation. 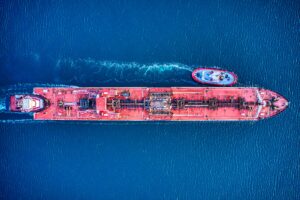 In 2002, the oil tanker Prestige sank in the Atlantic Ocean close to Spain, causing an oil spill and coastal damages. The London Steam-Ship Owners’ Mutual Association Limited was the insurer of the tanker and of its owners. The insurance contract between the owners and the insurer contained an arbitration clause with a seat in London. In 2010, in its capacity of victim, Spain filed a direct liability claim against the insurer before Spanish courts. In 2012, the insurer tried to circumvent these court proceedings by filing a claim before the arbitral tribunal in London, to obtain a decision stating that Spain had to file its claim in London, before the arbitral tribunal. In February 2013, the arbitral tribunal held that the claim of Spain was contractual under English law, so that Spain had to abide by the arbitration clause of the insurance contract. In March 2013, an English national court recognized this award in the United Kingdom (the “2013 recognition judgment”). In 2016, the Spanish courts held that the insurer was liable towards Spain (the “2016 liability judgment”). In 2019, Spain filed a claim before English courts to have the 2016 liability judgment recognized in the United Kingdom.

Judgment of the ECJ

In its judgment C-700/20 of June 20, 2022 (the “Judgment”), the ECJ decided that despite the general exclusion of arbitration under article 1, §2, d), of the Brussels I Regulation, a judgement entered by a court of a Member State in the terms of an arbitral award is still a “judgment” in the meaning of article 34(3) of the Brussels I Regulation. Therefore, such judgment can be the basis for a refusal to recognize a later irreconcilable judgment. However, the ECJ held that this rule does not apply when the recognition judgment results in the outcome of the award, when such outcome could not have been reached by a national court of a Member State without infringing the provisions and the fundamental objectives of the Brussels I Regulation.

In the case at hand, the ECJ observed that the award and, thus, the 2013 recognition judgment infringed the provisions and the fundamental objectives of the Brussels I Regulation on two levels. First, it imposed arbitration to Spain, thereby infringing the relative effect of an arbitration clause included in the insurance contract to which Spain had not agreed. Second, it disregarded the earlier proceedings already pending in Spain, thereby infringing the lis pendens rule of Article 27(1) of the Brussels I Regulation. Consequently, the 2013 recognition judgment cannot be the basis for a refusal to recognize the 2016 liability judgement under Article 34(3) of the Brussels I Regulation.

The ECJ added that the English court could not circumvent the above by deciding that recognizing the 2016 liability judgement was contrary to public policy (because it would infringe the res judicata of the 2013 recognition judgment under Article 34(1) of the Brussels I Regulation). The ECJ recalled that the public-policy clause only applies in exceptional cases and not when, as here, the issue is whether a foreign judgment is irreconcilable with a national judgment.

The Judgment is rendered under Brussels I Regulation, but its reasoning remains relevant under the Brussels I recast Regulation (see par. 42). After West Tankers (C-185/07), Achmea (C-284/16) and Komstroy (C-741/19), the ECJ delivers a new blow to arbitration.

That said, three observations can be made at this stage on a decision that will certainly be intensely discussed by legal scholars in the following years.

First, the exact scope of application of the Judgment remains to be determined. Indeed, pursuant to its wording, the Judgment only applies to “a judgement entered by a court of a Member State in the terms of an arbitral award (…) resulting in an outcome equivalent to the outcome of that award”. It might suggest that it applies only when, as it was the case here, the recognition judgment “is entered in terms of the award” (see Section 66(2) of the UK Arbitration Act 1996), i.e. when the recognition judgment decides as the award decided, by making its own the reasoning of the award. At this stage, it is however unclear whether a recognition judgment that would simply recognize the judgment, without repeating the decision of the award, would be subject to the same limitations, and if not, why.

Second, the Judgment may prompt arbitrators to take into account the “provisions and the fundamental objective” of the Brussels I (recast) Regulation, to ensure a full-effect recognition of their award in a Member State. This may however prove difficult where this would be incompatible with the will expressed by the parties to the arbitration clause. Moreover, the question remains whether the ECJ intended to encompass all the “provisions” of the Brussels I (recast) Regulation, and whether the principle of the Judgment would apply to awards rendered by arbitral tribunals with their seats in non-Member States.

Third, and based on what precedes, arbitral tribunals might now contemplate staying the proceedings if a national court of a Member State is already seized of a case involving the same cause of action and between the same parties. It is unclear why the lis pendens rule would apply in one way only, so one could question whether national courts of a Member State would now have to apply the lis pendens rule and stay the proceedings if an arbitral tribunal was seized in the first place.

For additional information or guidance, do not hesitate to contact Rafaël Jafferali or Charles-Edouard Lambert.