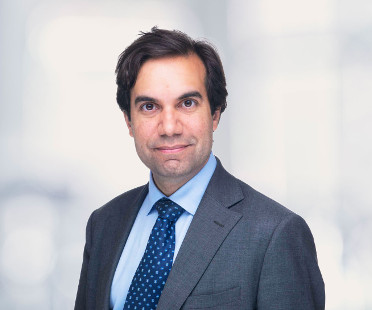 He mainly acts in major judicial proceedings and arbitration cases and advises clients on complex questions in his various areas of practice.

He is a member of the group of experts appointed by the Minister of Justice to recodify the law of obligations and contracts.

Rafaël Jafferali is a Professor for the Chair of Law of Obligations at the Université Libre de Bruxelles (ULB) and Affiliated Senior Researcher at the KU Leuven.

He is the author of numerous publications in the areas of contract law, tort law and private international law, including a PhD thesis on the theme of retrospectivity in contract law. His publications can be downloaded on the website DI-Fusion of the ULB.

Rafaël has been appointed as a third party decider accredited by the French Bar Association of Brussels in the context of the binding third party decision procedure (more information available here).

Rafaël Jafferali is ranked as a Future Leader in Litigation and Arbitration by Who’s Who Legal, and as a Next Generation Partner by The Legal 500 in Dispute Resolution. He is recognised as a specialist in private international law and in contract law by the French-speaking Brussels bar.

Covid-19 vaccine | The European Commission and AstraZeneca reach an agreement

Covid-19 vaccines: AstraZeneca did not make its “best reasonable efforts”