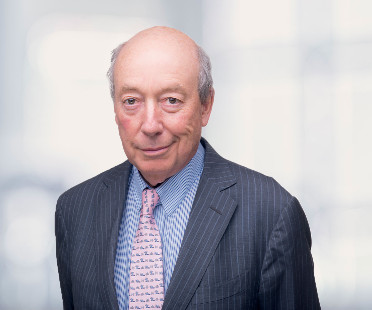 is a lawyer at the Supreme Court. He combines an active practice of litigation and of advisory work. He is Professor at the Université Libre de Bruxelles (ULB). Until May 2018, his main course was on contracts and torts and he now focuses on special issues of company law.
He handles complex disputes in civil, commercial, corporate and financial laws, before all jurisdictions and arbitration venues. He also acts as an arbitrator.

In addition, he assists listed and unlisted companies and family groups in relation to corporate and family structurings, public offerings and takeover bids, corporate matters and financial regulations. He also provides advice on complex questions of civil and commercial law.

Paul Alain Foriers is one of the four experts appointed by the Minister of Justice to work on the reform of the Companies Code, which entered into force in May 2019.

Paul Alain is the author of numerous contributions and publications in the fields of contracts, company law and financial law (takeover bids, market abuses, shareholding transparency, etc.). He is the author of a thesis: « La caducité des obligations contractuelles par disparition d’un élément essentiel à leur formation » (Bruylant, 1998). He is a regular speaker at leading law seminars in Belgium and a member of the editing committee of the “Revue Critique de Jurisprudence Belge” and of the “Répertoire Pratique de Droit Belge”.

He was the Dean of the Law Faculty of the Univeristé Libre de Bruxelles from 2004 to 2009 and held the “Francqui Chair” of the Katholieke Universiteit van Leuven (KUL) in 2004-2005.

Covid-19 vaccine | The European Commission and AstraZeneca reach an agreement

Covid-19 vaccines: AstraZeneca did not make its “best reasonable efforts”

The European Commission vs. AstraZeneca – What will happen in Round 1?