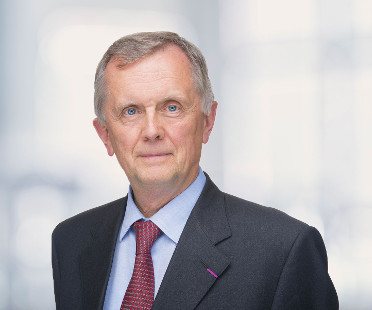 is a specialist in intellectual property. He notably handles questions relating to patents and to the protection of designs and artistic and literary works. Fernand’s experience also includes media law, distribution (dealerships, franchises, etc.), computer science, the internet, domain names, including contract law and competition issues in these fields.

He assists Belgian and international enterprises in these areas, covering a wide range of structural and contractual operations and disputes requiring resolution via negotiation, mediation or pleadings before all Belgian and European courts. He is admitted to the WIPO List of Neutrals as a WIPO Arbitrator.

Fernand de Visscher is also a member of our Supreme Court team and handles those matters relating to intellectual property, market practices and competition law.

He has been appointed by the FPS Economy, for his legal expertise, as president of the Industrial Property section of the Council for Intellectual Property, whose main mission is to provide the Minister responsible for intellectual property with advice on any matter relating to intellectual property, in particular in the law-making process.

He is a former lecturer at the Centre for International Studies in Intellectual Property (CEIPI, Strasbourg) and was visiting lecturer at UCLouvain from 2007 to 2017.

He is ranked as a Senior Statesperson in Intellectual Property by Chambers & Partners, in the Silver Band in Patents by iAM Patent and recognised as a Patent Star by IP Stars. He is Recommended in Patents by Who’s Who Legal (Global Leaders Guide).

Fernand has been appointed as a third party decider accredited by the French Bar Association of Brussels in the context of the binding third party decision procedure (more information available here).

Fernand is the author and co-author of a number of publications in these areas of practice, including Précis du droit d’auteur et des droits voisins (2000) and La saisie-description et sa réforme (2010). He is a member of the editorial board of Revue de Droit Intellectuel l’Ingénieur-Conseil and of Journal des Tribunaux.

Fernand de Visscher is also a member of the International Association for the Protection of Intellectual Property (AIPPI) and a former president of the Belgian group, and of the International Literary and Artistic Association (ALAI), the Benelux Association of Trade Mark and Design Law (BMM), the Licensing Executives’ Society (LES) and the European Patent Lawyers’ Association (EPLAW), of which he was a co-founder and secretary from 2000 to 2005).

Supply and distribution agreements | Adapted competition rules as from 1 June!

Unregistered designs: open road for the protection of car parts?

The importance of prior rights in domain name disputes