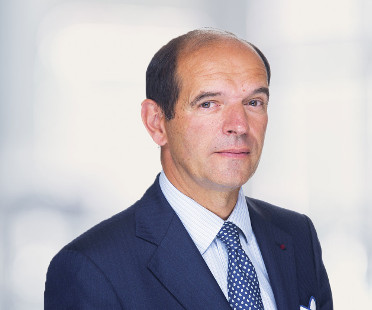 He assists national and international clients in the luxury sector, food and telecommunications before both the Belgian courts and the Benelux court, the European Court of Justice, the General Court and the EUIPO (European Union trademark litigation). He also regularly acts as an arbitrator.

For many years, he has been a member of the committee for patent proxy approvals within the Office for Intellectual Property (2005-2017).

Emmanuel is ranked in Band 1 in Intellectual Property by Chambers & Partners, as a Leading Individual by The Legal 500, and in the Gold Band in trademarks by WTR1000. He is Recommended in trademarks by Who’s Who Legal (Global Leaders Guide) and recognised as a Trademark Star by IP Stars.

Emmanuel has been appointed as a third party decider accredited by the French Bar Association of Brussels in the context of the binding third party decision procedure (more information available here).

Since 2009, he is the president, on a pro bono basis, of the Grandes Conférences Catholiques.

Supply and distribution agreements | Adapted competition rules as from 1 June!

"Genuine Use of Trademarks: Benelux"